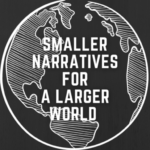 (Re)Narrativization of “Voice” within the American Literary Canon, Curriculum, & Culture (with Ulrich Baer)

Smaller Narratives for a Larger World
(Re)Narrativization of “Voice” within the American Literary Canon, Curriculum, & Culture (with Ulrich Baer)

Co-host Gillian Kenah and guest Ulrich Baer discuss complicating the storytelling process of national history in both academic and non-academic discourse. Additionally, the conversation delves into free speech on campus and beyond, specifically underscoring and interrogating who truly has the privilege of free speech and for what reasons. Lastly, Gillian and Ulrich discuss the University’s role in condemning acts of violence against different communities and what first steps may look like to exhibit genuine solidarity with these groups.

Trigger Warning: At 51:00, there is a discussion of rape and sexual assault within University populations.

Disclaimer: Due to the ongoing pandemic, nearly 100 percent of our episodes are recorded via Zoom. Please excuse the sporadic and irremovable noises in the recording that would have been evaded if using studio equipment.

Ulrich Baer, is a University Professor at New York University where he teaches poetry and photography and is the director of NYU’s Center for the Humanities. He has translated and edited numerous volumes of Rainer Maria Rilke’s writings, most recently Rilke on Love (2020) and The Dark Interval: Letters on Loss, Grief, and Transformation (2018). Additionally, Baer publishes work on contemporary campus controversies, What Snowflakes Get Right: Free Speech, Truth, and Equality on Campus (Oxford University Press, 2019), which deepens an argument he first made in The New York Times. He also co-edits a series of new editions of classics with Warbler Press (including Nathaniel Hawthorne’s The Scarlet Letter, with an afterword co-written with Carol Gilligan, Mary Shelley’s Frankenstein, Daniel Defoe’s A Journal of the Plague Year, Oscar Wilde’s The Picture of Dorian Gray, and Jack London’s The Call of the Wild). You can find out more about him and his work on Youtube, Instagram, and on Twitter.